On June 17, 2009, I flew to Chicago to begin a weekend of surprises. Not only was this my first trip home in almost a year, but it was also a surprise trip to present my father with this book as a Father’s Day gift. 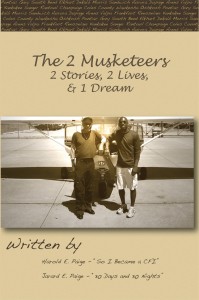 The “Two Musketeers” was my gift to my father for providing me with one of the most memorable and enriching experiences of my life. There isn’t a day that goes by where I don’t give thanks to this experience and to my father for being able to live such a dream. The dream to be able to fly and share that experience with others.

About the Title
The title is in reference to the “2 Stories, 2 Lives, and 1 dream” of my father and I, as well as my father’s aircraft, N8885M, a Beechcraft Musketeer.

About the Cover
The city/airport names on the top of the front cover are a listing of all the places my father and I have ever flown to in his aircraft or during my flight training. Each is significant in its own way. 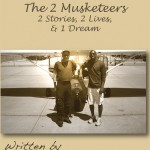 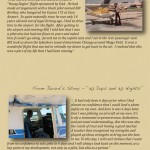 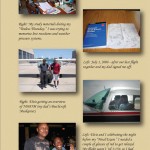 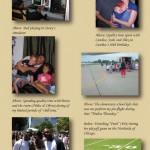 This inspiration for this book evolved from a conversation my father and I had a few weeks after I earned my Private Pilot certificate in 2008. I had been telling him about my experience during my checkride and he mentioned…“you should write it up – it’d be good to share with other students.” Well, I eventually started writing my memoir of the experience in late 2008, but due to travel and other plans, I put the effort on the backburner for several months. In April 2009, I spent a couple of weekends and evenings diving deep into my memory to give a full account of my experience. I didn’t just focus on the experience of the checkride, but instead I focused on the entire 30 day period of flight training.

Another impetus for my writing of “30 Days & 30 Nights” was my father’s writing of his account of obtaining his Certified Flight Instructor (CFI) rating back in 2001. Prior to writing my story, I reread his story, “So I Became a CFI,” and that served as added inspiration (and the impetus for a few tears). Not simply due to his style of writing, but inspiration to show my gratitude to him by writing about an experience that he and I had both dreamed about since the day he became a CFI. My story is really not my story, it’s his story…which all began after he read an article in the local newspaper about learning how to fly in 1971. Thirty years later, he would become the teacher and seven years later, I became the pupil.

Upon finishing my story, I realized that my story would not be as powerful to readers without first understanding my father’s journey to become a CFI. So I decided to combine our two stories into a book. It just so happen that I finished “30 Days & 30 Nights” two months prior to Father’s Day 2009, and thus decided to design and print this book as a gift to my father for Father’s Day – one year after earning my pilot’s license. Ironically, as I sit in a café in Santa Cruz, CA and write this preface, it is one year to the day that I began my experience in Chicago (May 22).

The “Two Musketeers” is my gift to my father for providing me with one of the most memorable and enriching experiences of my life. There isn’t a day that goes by where I don’t give thanks to this experience and to my father for being able to live such a dream. The dream to be able to fly and share that experience with others.