Tales from the Nomadic Adventure

Posted on Aug 23, 2016 in Tales from the Nomadic Adventure 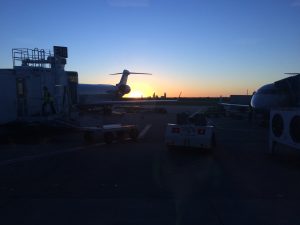 Not many folks heading out on a world tour would place Charleston, SC as their first destination. Yet after a 10:30pm Saturday night flight from San Francisco (SFO), we arrived dazed and groggy in Charlotte, NC just as the sun rose on the first day of our new adventure. We were so exhausted from our last week in Cali and the red-eye flight that I barely remember anything from the 30-minute wheels up to wheels down flight to Charleston.

We chose Charleston for a couple of reasons. First, I have a short list of tennis tournaments that I wish to visit and Charleston had risen to the top of my North American list of tournaments. I have always heard it was a beautiful city to visit, and so it made sense to break up our flight out of the country from SFO to Sevilla, Spain with a 4-day stop in Charleston during the same week of their WTA tournament. It was also only a 2-hour flight from Chicago, which allowed my parents to come down and enjoy a few days touring the city with us before we left the US for several months. 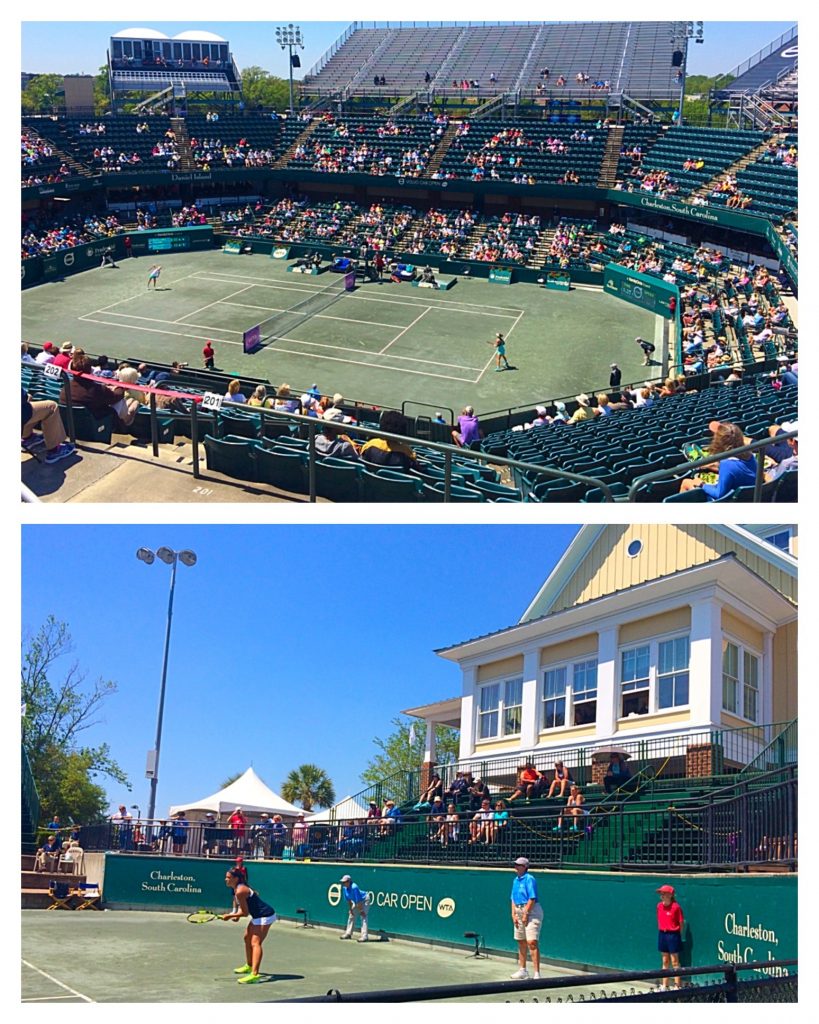 Beyond Rainbow Row and the tennis tournament, I wasn’t too informed about things to see and do in Charleston. Yet, as a history aficionado, Charleston surely has more than enough to make it a top destination for anyone wishing to visit the South. From the Old Slave Mart Museum, the houses of Rainbow Row, and the 8 major churches that dot its “Holy City” skyline to the USS Yorktown Aircraft Carrier at Patriots Point, the various military establishments and museums, it’s a city where one is touched by the power of its past and the ways in which it’s passed its power. 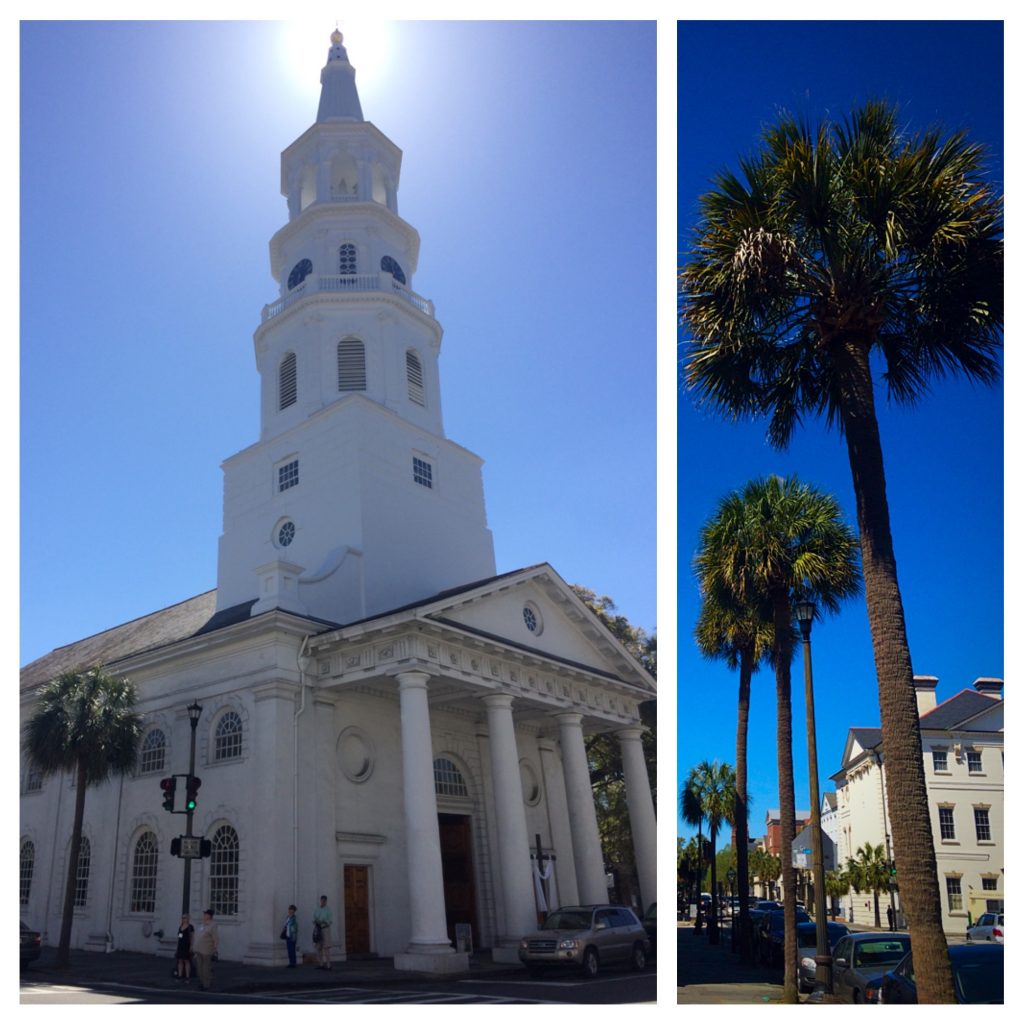 The Power of its Past

For someone who has never “really” visited the South, Charleston was a new adventure for me in many ways. I’d visited Atlanta in the late 1990s and spent a few days in South Florida in the early-to-mid 2000s but neither of those is considered the real South. Instead, Charleston would be my first time venturing into the land of old Jim Crow, slave marts, and even present-day hate inspired church massacres.

In its heyday, Charleston was the Ellis Island of slavery for the North American trade. An estimated 40% of the 400,000 slaves that came to North American entered through Charleston. It’s quite possible that my family entered the US through Charleston’s Sullivan Island before being split up and auctioned off at their numerous slave marts that existed throughout the town during the Middle Passage. But it’s more than a visit to the Old Slave Mart Museum (which is set in an actual slave auction building) that hits the soul, it’s the wealth that exists in that part of town that really hits home.

It’s been more than 150 years since the slave economy ended in the US, yet it’s very apparent that the wealth effect has continued to be past down over the generations. It’s no surprise that some of the oldest and most expensive real estate in Charleston is located in the same area where its once booming slave trade existed.

It really makes you realize that though folks in the present may not be earning money on the backs of slaves, the homes in which they live and the trust funds they have been granted have been passed down from those generations who built their wealth off the back of slaves. I must say though that Charleston seems to try hard to make sure the ugliness of its past is not forgotten, such that it may never occur again.

The day before we visited the Old Slave Mart Museum, we took a trip across the Cooper River to spend an afternoon at Patriots Point. Not only was it a place fitting for the “Two Musketeers” but it was especially moving given that they had recently opened their Vietnam Experience exhibit.

Words can’t begin to describe the irony and improbable nature of walking through such an exhibit with my wife (whose Dad fought in the war for the South and whose grandfather was a casualty of the war) and my father who served in the US Air Force during the war. If not for that war, my wife would not be a US citizen today (nor married to me), yet due to that war the US and Vietnam lost millions of lives and damaged the trust of generations to come. As a 20th century history buff, I found myself more captivated by this life moment than I was by the exhibit or even the walk through the USS Yorktown Aircraft Carrier museum.

If there’s one meal that sums up my time in Charleston, it’s shrimp and grits. My god! Can I have some now?! I grew up on grits and I love them. But as horrible as this will sound to a true southerner (like my Dad), I typically ate grits with butter, sugar, and sometimes syrup. I never had savory grits until I visited Charleston. Yet, after one plate of shrimp and grits, I couldn’t eat a meal without at least having it as a side.

From our first meal at the Low Country Bistro near the City Market to lunch at Nigel’s Good Food in North Charleston (with my college buddy, Mike, who flew up from Miami for a day to have lunch), nearly every plate hit the spot. There was one place, though, that didn’t quite delight my taste, though it is very popular and always has a line around the block – Jestine’s Kitchen. Their southern hospitality was warm and jovial but I can’t say that the food was worth the 20-mintue wait in the cold breeze. It felt like waiting to get into a club in Chicago in the early winter, where you are their free marketing for passersby.

However, the one place that I couldn’t wait to go back to every night was Kaminsky’s Dessert Cafe near the City Market. Our first night, I tried their Cuban coffee and blackberry crisp and immediately feel in love with both. So much so that I was adamant that my cousin (Angela who surprised me by flying in from Houston on her days off) had to have dessert there on her last night in town. Kaminsky’s didn’t disappoint.

Time to Cross the Pond

After a quick 4 days and 3 nights in Charleston visiting with family and friends it was time to make our way across the pond and into the desert landscape of Andalucia, Spain. Little did we know that we would have to brave an east coast storm and 2 delayed flights, including an unexpected 12-hour layover in Madrid to get there. However, such is the life of an extended traveler. It comes with the territory. At least we were able to arrive at our apartment in Sevilla late that Friday night at 9pm, just in time to enjoy our first Sevillan sunset. A great way to end our journey from America and begin our European nomadic adventure. 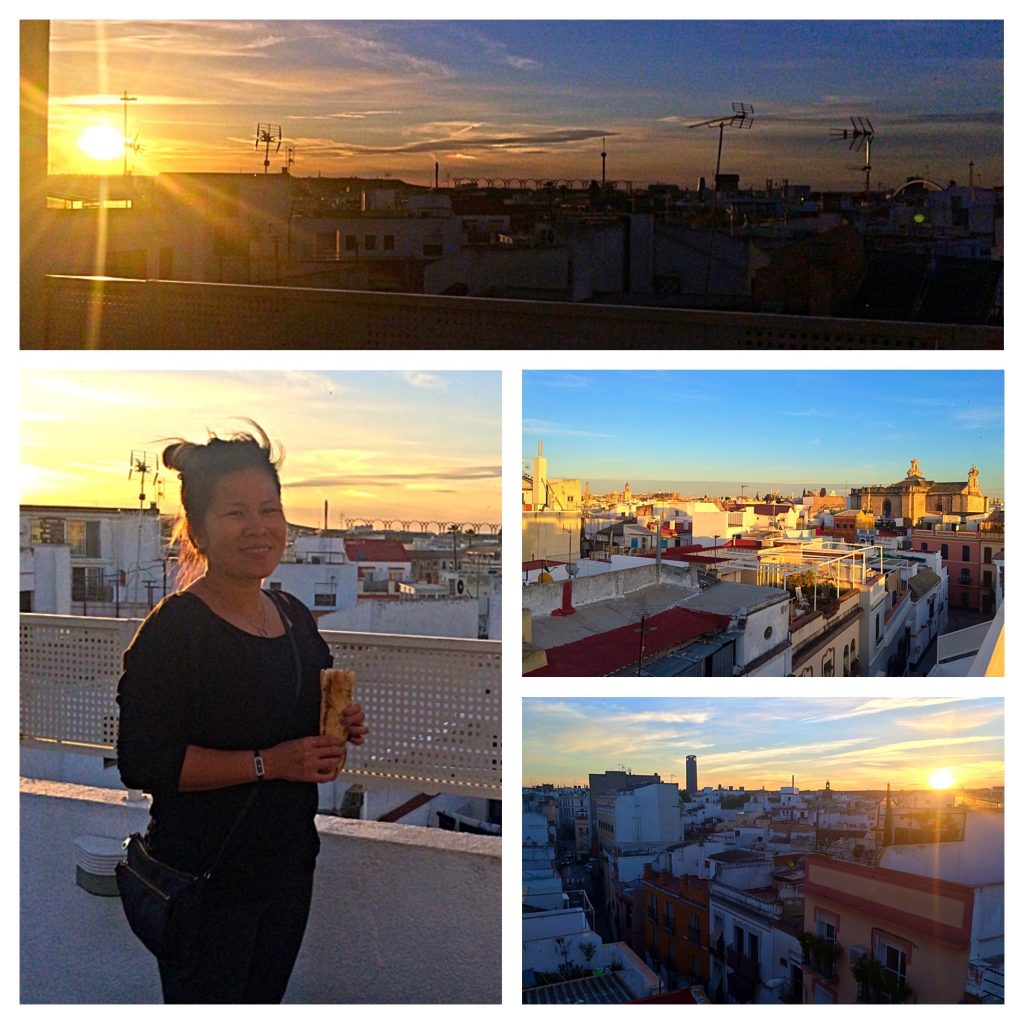 Read more Tales from the Nomadic Adventure and find out where we’ll be in the coming months.